The Comeback – Time Off and Getting Back On

In afternoon training I’m dripping wet from both sweating and repeatedly rinsing myself off under the hose at the corner of the gym – it’s what I call a... 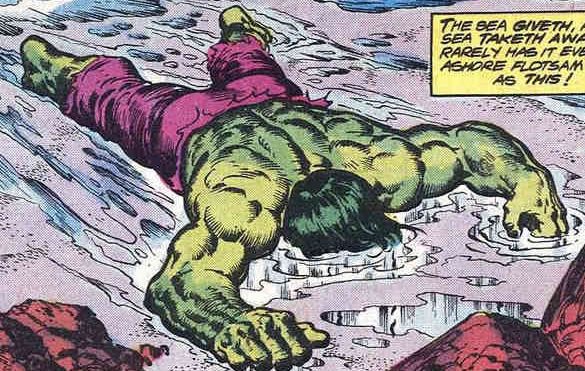 In afternoon training I’m dripping wet from both sweating and repeatedly rinsing myself off under the hose at the corner of the gym – it’s what I call a “courtesy rinse,” where Thais will rinse their bodies before clinching for hygienic purposes. Unlike the boys, I wear a shirt, so I have to go wring it out and remain sopping and dripping for the duration of training. On this day it was raining, so I was very cold. Yeah – cold in Thailand.

A guy who I met last year when he came through the gym slumped down into one of the wooden chairs next to where I keep my bag. He exhaled with exhaustion and then began slowly wrapping his hands. We shared a look of empathy, as afternoons are pretty universally tiring.

“Do you ever come back to training after two weeks and feel this tired?” he asked me. The short answer is: Well, no. I’ve never actually taken two weeks off in my time in Thailand, but I know what he’s asking. I tell him that if I take 3-4 days off because I have stitches or am traveling between fights, it’s very hard when I come back to training. And, by my experience the longer you have off, the longer it takes to feel as strong as you were before the break. I believe in studies with runners it works out to approximately double the time you had off to regain your strength: so, two weeks off means a full month before you’re “back” to the stamina and strength you had before the break. That’s a number I use to keep perspective in my own training experiences.

This guy wasn’t thrilled by my answer. In his case there are a ton of other elements involved, including that he lives in Germany and so surely his training regimen there is not identical to what he’s throwing himself into when he arrives on Thai soil. Further, he’d just finished observing Ramadan and in Germany that meant around 18 hours between the sun rising and setting, making the time for fasting very long indeed. He didn’t train through the observance, so his body bad been in a state of rest and was also, now upon breaking the fast, in a state of recovery. I also am in a state of recovery. This past week I came down with a bad chest cold and trained through some of it, then took a day of full-stop rest and was now back at the gym trying to catch back up in strength. The difference between us is substantial, not only because my break was so much shorter, but also because I’m returning to a familiar regimen, one I’ve trained in for a few years now; this man, however, had taken a significant break and was returning to a regimen considerably more intense than what he was probably doing on a daily basis in his home gym.

A Body In Motion Stays in Motion

So, what am I talking about? This guy was frustrated because he expected to feel better than he actually felt. Most people, mistakenly, assume that rest will make them feel better, stronger, refreshed and… you know, rested – something like how a “good night’s sleep sometimes makes you feel when you climb out of bed the next morning after stretching your arms in a wonderful yawn”. But it’s very like that old Law of Physics adage, “a body in motion stays in motion.” The remainder of that law of inertia is that “a body at rest, stays at rest.” Because I train every day, I’m actually really shit at resting. I get antsy and agitated and feel guilty for not training, even if I really need the time to rest – I’m blessed to be here in Thailand, and I never take a day for granted. If I don’t focus when I’m taking that rest, then it’s a waste of the time away from the gym. But on the surface of it, I’m great at coming back because I know it’s going to suck; as the Marines say, “embrace the suck.” I never boldly expect that a morning off or a full day off is going to make me feel like Wonder Woman when I come back to the gym. I expect it’s going to make me feel kind of sluggish, but what’s amazing is that even though I know this sluggishness is going to happen I still get kind of sometimes trapped by the idea that I’m usually tired, like I kind of fool myself into thinking I should feel otherwise. I consciously understand that it is going to take maybe 2 days to recover from 1 day, 6 days from 3, but as a matter of habit I still wonder why it is taking me so long. So, it’s a hard thing to shake from your mental processes, this link between resting and being rested. This man from Germany who had two weeks of not training assumed that the inactivity would have repaired or somehow charged his body; or at least that his acclimation back into training would be swift. But sometimes rest is like Jet-Lag. Have you ever traveled very long distance and arrived at your destination completely exhausted, only to think to yourself, “Why is it so tiring to sit on my ass all day?” You’d think that after “resting” on a plane for 12 hours you’d be all charged to hit the gym once you arrive, but all you want to do is lie down. A body at rest stays at rest. Whereas if you’re used to keeping busy and being active, suddenly being put on “bed rest” is a nightmare of cabin-fever and stir-crazy agitation. A body in motion stays in motion.

This doesn’t mean you should never take time off, it just means you have to be conscious of how your body is going to “recover” from that rest, that it’s going to take some time, and probably more time than you instinctively feel would be necessary. Standing there in the gym I was quite tired, which I expected, and also very cold. This is relevant because I’ve lived in Thailand for 4 years now and I – a Colorado girl – now actually truly get cold in temperatures that westerners more new to the climate still find warm or even hot. The thing is, we’re standing in the same room, occupying the same space, in the same objective temperature. But we’re experiencing it in very different ways because of the states we are each accustomed to, to which our bodies have acclimated. It’s the same with energy and training. Talking about someone who maybe has just (re)entered a Thai gym from the west: You’re absolutely wrecked and looking around you to gauge the others in the room, and what you find might be that everyone else seems to be strong and full of energy. They might be good liars in not showing their fatigue (like me), or they might be coasting through a fairly typical workout that’s not taxing them as much on the scale of personal effort. You’re trying to find your footing by looking at everyone else (Thais or other westerners). This can be deflating because it seems like you’re the odd man out, or it can be inspiring because it means the more you do something, the easier it will appear to be.

What I told this guy was basically, “accept that you’re going to be tired, accept that it’s going to be hard, and be patient; but do enough each day so that you’re building toward greater strength and endurance.” The important thing is to focus on the gradual increase, and to push. Ultimately, the longer you take before you come back, the longer it will take to come back. I’ll admit that I was a little disappointed when, after a full day of not training and sleeping a good 18 hours, I was not immediately feeling 100% and ready to smash the pads the next day. Nah, I still felt pretty shitty. But I did feel like that rest was necessary and probably helped my body fight the cold.

The day before I had texted Pi Nu that I wasn’t going to come in the morning, in order to sleep, but had said that I would see him in the afternoon…I thought the morning would be enough. Then, after sleeping in I felt taking the whole day would be beneficial, so I wrote to Pi Nu again and told him I’d see him tomorrow. He was a little incredulous as I very seldom skip training, asking why I wasn’t coming in the afternoon when I’d said I would and when I said I was “mai sabai” (“not well”) he sent me a picture of the Hulk and said (in Thai to this effect), “I don’t understand, you are the green one, he doesn’t get sick.” I laughed and tried to google an image of the Hulk with a thermometer in his mouth and an ice-pack on his head, but go figure… the Hulk apparently doesn’t get sick. My work ethic and stone-faced approach to training has resulted in the boys at the gym nick-naming me “Cyborg Petchrungruang,” so when I showed up the next day Pi Nu didn’t hesitate to throw me straight back into the thick of it by making me do his new favorite kick-and-pushup drill, which is hard enough to do when you’re feeling good, right after padwork. So yeah, part of me was thinking, “Goddamn! I don’t feel very good at all!” and part of me was thinking, “Well, even when I’m gonna puke I’m pretty strong!” And I think that’s kind of what I’m getting at here: that it takes time to “come back” from  being sick, from resting, from travel, from what is generally referred to as “fucking off for a week” (drinking, slacking, whatever). The trick is to know that it’s going to take a little time and a little more effort to get back to the kind of baseline you were feeling before the break; but you should also give yourself credit for the small victories within that difficult time. Like getting through your rounds on the bag even though your rounds on the pads made you feel like you couldn’t make it. It’s called recovery, which means you’re covering the same ground that you’ve gone over before. That’s not a problem, so long as you’re still moving in the direction of progress.