Below is my complete fight record. I worked diligently to preserve the names of my Thai opponents to whom I owe a debt of solitary in sharing the ring with me, as well as fight details like estimated weight, location and fight notes when applicable.

A few years ago when I first came to Thailand I spontaneously made it a goal to fight 50 fights, which at the time seemed like a mythical number that only a few Western women had achieved, including Sylvie Charbonneau, who fought out of Lanna for about 5 years and retired at 50 fights, just prior to my arrival the first time we came out to Thailand.  Upon finding myself nearing that goal and then about to be surpassing it, I put a new number in my mind… 100 fights.

As I’ve now surpassed 100 fights in Thailand [update: now 200+] I’m going strong. I just love fighting and feel that fighting like this is the fastest and surest way to progress as a fighter. My comfort with my fight rate and the fact that I’m standing on the ground few fighters have, I made a decision to chase, and break, the record for the most documented professional fights ever. You can read about this record, and me desire to break it here: The Most Fights Ever: Chasing Len Wickwar and the “Untouchable” Record you can support me in this crazy endeavor through Patreon 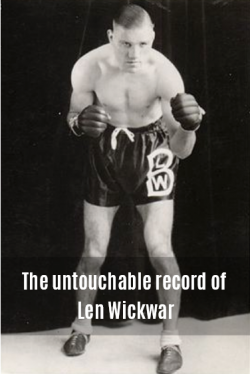 Below is a fight rate line calculated out to reach Len Wickwar’s 470 fights as of September of 2028, the 100th year anniversary of the birth of his record (1928). This is a ridiculous number, and I certainly rely on the support of my readers and fans in order to reach for such a game changing accomplishment.