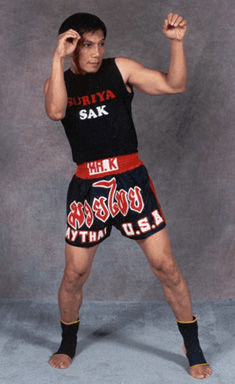 Master K hails from a city named Prapradang, about 45 minutes outside of Bangkok. At eight years old he decided he wanted to learn Muay Thai and began pestering his mother for a heavy bag. Suspecting that her son’s interest was a whim, his mother offered him a large bag of rice, which Master K reluctantly hung the rice bag and proceeded to kick through that one, as well as its successors until his mother finally bought him a heavy bag. He trained himself largely until the age of 13 when, having experienced some success in small competitions already, he began training under the instruction of his cousin, Singh Ro.So.Po, a highly ranked fighter between 1948-1957. Master K compted in over 70 fights in his career before retiring from the ring. His retirement came right as he was gaining much respect as a fighter and opportunities for greater fight success while at the same time facing the opportunity to advance a careers in public relations and photography.

But his love for Muay Thai did not wane. Since moving to the US in the early 1980’s, Master K has continued in his love of Muay Thai by teaching students in New York, New Jersey and Virginia, many of whom went on to become amateur champions on the east coast.

I found him at the very end of 2007 and began taking sessions with him on a regular basis in the Spring of 2008, when he was already 70 years old and teaching students out of the basement of his hom in New Jersey. Having practiced Muay Thai for 60 plus years, it was evident from the moment I met Master K that he loved Muay Thai and the beauty and finesse of his movements filled me with awe.

Through Master K, I have been infused with a strong love for the beauty, history, tradition and power of Muay Thai.
From the beginning, I have been a unique student and to date remain his only consistent female pupil. He has nicknamed me “prikkinu”, which is the name of the smallest, but spiciest, Thai chili. Master K likes to pinch his fingers together and say, “so tiny, but so much power!”

A few months into my training with Master K I began filming my sessions with him. This was meant as a way to record all the information he was giving me (each lesson is so packed with invaluable technique and information) and to keep track of my own progress. I started uploading these videos onto YouTube as a way to organize them, as well as to share with any others who might view them what it is like to train with Master K, who is such a rare and precious individual – there are no other teachers like him. Incredibly, the YouTube channel started getting viewers from all over the world, some of whom would write to me and tell me that they were using the videos for their own training – from women like me who were isolated either in or without a gym, folks who had trained with Master K some years before and loved seeing him again, and even entire teams taking lessons from the videos and implementing them in regular training. The channel has expanded to detail my own journey to Thailand and fight over 100 times, and now has over 2,000 videos, over 2.4 million views and 8,000+ subscribers; as part of this channel Master K is broadcast all over the world and I only wish I could share more of him! I miss him very much.

My relationship to Master K has developed alongside my training. He is one of the most kind and generous individuals I have ever met, and we have introduced each other to our families over the past years. Our care for one another is a strong kinship that carries with it all the joy and struggle of family ties. I love him as my family and seek his approval and to make him proud as one would their father. It is my primary focus to bring the beautiful techniques I have trained and learned from Master K into the ring and be able to fight with the strength and finesse that I have learned from him over the years. To accomplish this I’ve had to take detours into a very different style, but the ambition remains the same.

By focusing on training and gaining as much fight experience as possible in the homeland of both Muay Thai and of Master K, I believe I can become the artform which I so dearly love, admire and remain in awe of.

He teaches in New Jersey and can be found here at Master K Elbow KO. 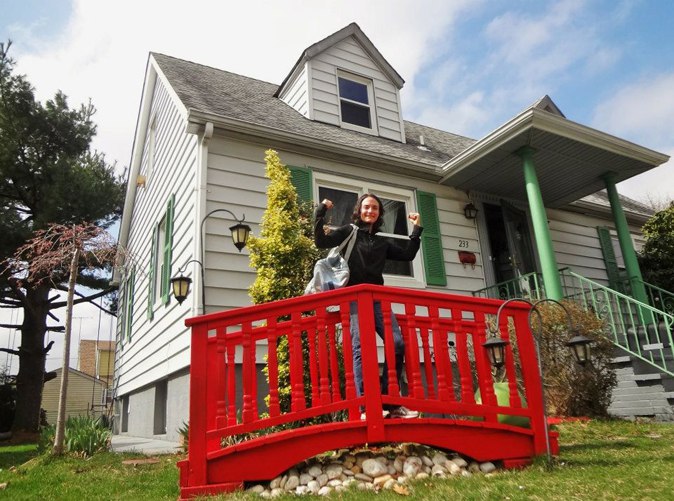